I'm new to this website and I don't know if this the place to share my experience or not but I'm going to talk about a very vivid dream that I had and affected my life in different levels.
In the dream I see my self sitting on an arm chair by a desk as if it is an office and I'm an employee. I'm playing with a light and trying to light it soddenly a big flame comes out of it and begins to form a stone tablet which is made of fire with many squares like cross-rode in newspapers. Each of… Continue

I have a strange metabolic syndrome.Tomorrow I have the extensive blood work. Mom passed at age 58 with the same.

And since I turn 40 with a plethora of other medical issues...I am scared but determined.

I ask for positive energy to guide the doctors so that I may develop my abilities to help others.

Blessings to everyone here as I send out my positive energy to all of you!

The Silent Auction benefiting the Correllian Tradition now in progress with just 4 days remaining for internet bidding. We have received many bids for many of the items: to date over $300.00 has been raised through our many supporters. If you checked out the webpage http://www.correllian.com/silentauctionfall2013.htm when the auction was first announced, we have added many new items since then: Clergy patches and cords – 1st,…

Just had a magical moment~

I was thinking about choosing a magical name and that some people use a God/dess associated with their path or craft.

As Inari is my patron I wondered if I should choose something associated with Hir, but I feel kind of strange or self-indulgent to use a deities name.

Then I happened to turn around to talk to my fiance about this matter, and the Goddess appeared from behind the clouds for a beautiful moment. She was shining, big and…

As I've mentioned (perhaps ad nauseum, your mileage will no doubt vary on that point), one of the joys of the book section at the dollar store (aside, of course, from the ability to get a new hardcover for a buck) is the enabling of serendipitous finds … providing a…

I suppose this is my first blog entry here. My name is Kiley but friends have taken to calling me Kai lately. I am almost finished with massage school and I hope to me licensed as a massage therapist very soon. I've been enrolled here at the Witch School for awhile (thought I can't remember when it was when I started to take the classes). Life seemed to get in my way so I took a long break from classes for several months to a year perhaps. But recently I took up taking classes again and I…

Hate keeps close that which you dislike, it fills your mind, when in reality you should empty your mind of what hurts you. Do not part on bad terms, always part with #forgiveness in your heart, no si…

Hate keeps close that which you dislike, it fills your mind, when in reality you should empty your mind of what hurts you. Do not part on bad terms, always part with #forgiveness in your heart, no situation needs leaving with anger in the air.

There's a program that's been happening in Chicago for a number of years, where speakers (usually bearing newly released books) are featured in an early-morning event, called the Big Frontier. Sadly, today was the last of these ... at least in their original format.…

Whenever I feel negative, emotional and a little off balance, I imagine the negativity washing off of me when I shower. First my body is black, covered in negativity. Then as I clean my body it rinses off and I imagine my body being completely cleansed of all negative emotions. And I say:

I had a very deeply moving experience this New Moon when my partner and I preformed a ritual to get to know the
Maiden Goddess. I am currently taking Lady Krystel's Living the Wiccan Life Class, and lesson 3 was about energy and included a New Moon ritual. I decided to use this ritual exactly.

In preparation, I wrote down all we had to say on colored flash cards,…

With a Little Help

I've received a number of blessings in my life of late and I'd like to share them. The first, being my website which, after a month, I've finally managed to construct. A good portion of the delay had to do with intimidation. My not really being sure how complicated a job it was. It turned out to be less complicated than I feared (yet still took me several hours). Now, I need to learn how to tweak and fiddle with it cause I want to make it fun. Indeed I'm using it to sell me and my writing,… Today, September 4th, Witch School International turns a magickal 13 years old! We are very excited to be celebrating this milestone with all of you, as we continue our commitment to a lifetime of learning and education. Thank you for all that you have done to contribute to this occasion with your support, communication, and input. "Thousands of candles can be lighted from a single candle, and the life of the candle will not be shortened. Happiness never decreases by being shared,".

What does this mean to you?  Do you find this to be true in your…

Magic by numbers? How is numerology done? Well in truth there is far to much for me to write about it all but I will help you get your feet wet. You see when numbers are used in magic it's very similar to using the Tarot cards only with a small amount of math. To get a essence of numbers you need to reduce the problem to a single number so only one digit is left. For this we will use names as they... are the simplest way to understand numerology and also very…

I am from Fresno, California. Raised by my mom and her side of the family. They do not have a problem at all with my beliefs. Now, I have been living in Booneville, Arkansas since 2004. The population here has went down from 4,117 to 3,994. A small town indeed. The town is ran by Baptists and Pentecostals. Unfortunately, my fathers side of the family live here and they are all Pentecostals.

I would love to just openly wear my pentacle, but I do not think I am ready for what would come…

A personal journey into cultural change ...

This one came into my hands via a slightly circuitous route ... my associate in the worm biz had this recommended to him, and mentioned to me that it might be something that I'd be interested in reviewing. After…

To all our Honored Members, Students, Teachers, Mentors, and Staff,

Thank you all for your continued support over the years that has helped us to reach our 13th Anniversary on September 4th, 2013. It has been a long strange path that has taken Witch School from a small site with two classes, to the powerful international platform it is today. We still have a long way to go, and without commitment to a lifetime of education, we have only just begun. We are grateful to everyone who…

What's eating you? Bed Bugs and an old Wives' Tale. 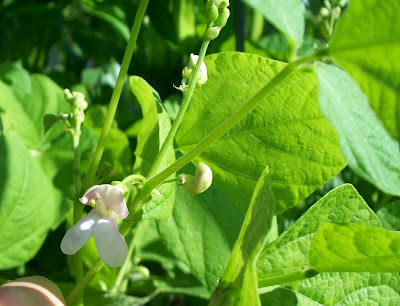 Looking into old wives' tales may be the best answer to modern problems. Researchers were shocked to find a possible answer to the bedbug infestations in an Eastern European house's book. The book revealed that kidney bean leaves are able to stop the little blood-suckers in their tracks - literally.

If you do get an infestation of bedbugs…